Bill Gates may be the #1 authority on health issues on the planet, but even he can’t do it alone. In February, newly (s)elected pResident Joe Biden picked former Pennsylvania Health Secretary Rachel Levine to be his assistant secretary of health.

The fact that Levine is a Jew is no big surprise. Some people are joking that the only member of Biden’s administration who isn’t a Jew is Biden himself.

What makes Levine newsworthy is the fact that she could become the first openly transgendered federal official to be confirmed by the U.S. Senate.

Which begs the question: Which is worse a Jew or a transvestite?

Most conservatives, of course, love Jews but are going to piss their pants over news that a transvestite is going to be running the Department of Health. Liberals love Jews and transvestites both.

At least, that’s what they’ll publicly tell you. I suspect a lot of liberals would be a little anxious if they found out their doctor or their children’s teacher was a transvestite.

I’m not a big fan of Jews, but I think a person’s sexuality is essentially their business. However, you have to admit that appointing a transgendered person to such an important federal position is a little…shall we say daring? It would appear to be a great way to alienate conservatives.

So I was surprised when I typed “Joe Biden” + “Jewish transvestite” into Google on March 14, 2021 and got just 38 results. Are we to believe that only three dozen right-wingers nationwide were troubled by Biden’s selection? Or is Google censoring the results the way they’re censoring the public’s comments about the coronavirus scam? 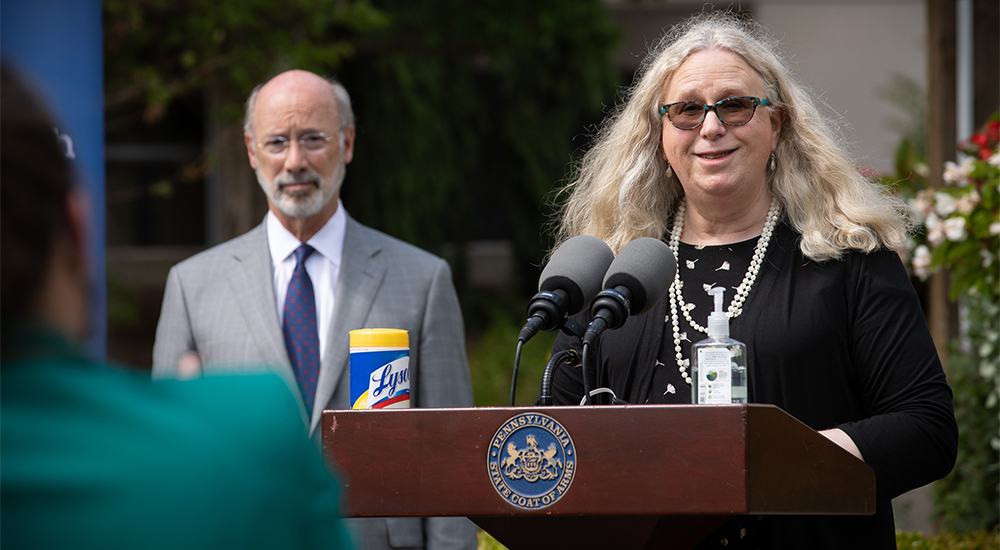 Rachel Levine with Pennsylvania Governor Tom Wolf at the Penn State Milton S. Hershey Medical Center. Notice how Gov. Wolf seems to be keeping his distance. For good measure, there’s a bottle of Lysol on the podium.
By Governor Tom Wolf. This file is licensed under the Creative Commons Attribution 2.0 Generic license.

And if Google is censoring critical commentary on Biden’s Transylvanian health pick, then why do the results include a link to the white supremacist site Stormfront? This supports my observation that most white supremacists and NeoNazis are actually working for the Jews, similar to Jew Biden.

Rather than face criticism for cherry picking, I typed “Joe Biden” + “transvestite” into Google and got a whopping 212,000 hits. This would appear to confirm my suspicion that Americans loathe transvestites more than they do Jews.

Biden’s pick is a slap in the face for China, whose public health franchise will probably never be run by a Jewish transvestite.

So here’s a question that’s begging to be asked: Imagine if our next pResidential (s)election pitted a Republican Jew against a Democratic transvestite who is not Jewish. Or suppose it’s the other way around—a Democratic Jew versus a Republican transvestite. Who would you choose?

Of course, Levine is not without qualifications. She studied at the most prestigious Jew school in the world, Harvard, as well as Tulane and Mount Sinai. 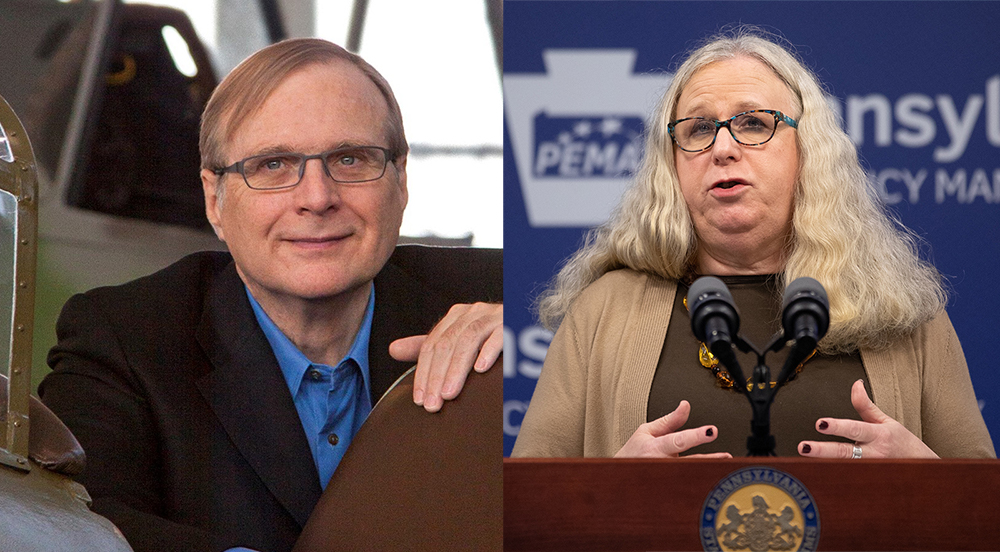 Levine bears an uncanny resemblance to the late megalomaniac Paul Allen (left), who rivals former Seattle Mayor Ed Murray and the infamous Judge Gary Little as one of Seattle’s favorite pedophiles. In other news, Levine’s black fingernail polish helped boost her image as a fashion diva.
Paul Allen: By Miles Harris. This file is licensed under the Creative Commons Attribution-Share Alike 3.0 Unported license.
Rachel Levine: By Governor Tom Wolf. This file is licensed under the Creative Commons Attribution 2.0 Generic license.
Note: Both photos were cropped a bit.

I certainly wish Levine luck in her new post. I also hope she gets to pay lots of visits to Pennsylvania’s Hershey Center. Chocolate really complements her fingernails, if you know what I mean. 😉

Oh, and let’s pray for the day that our military is led by generals and admirals who are Jewish transvestites. I’ll bet Barbra Streisand could be a tough son of a bitch if he transformed into a woman.